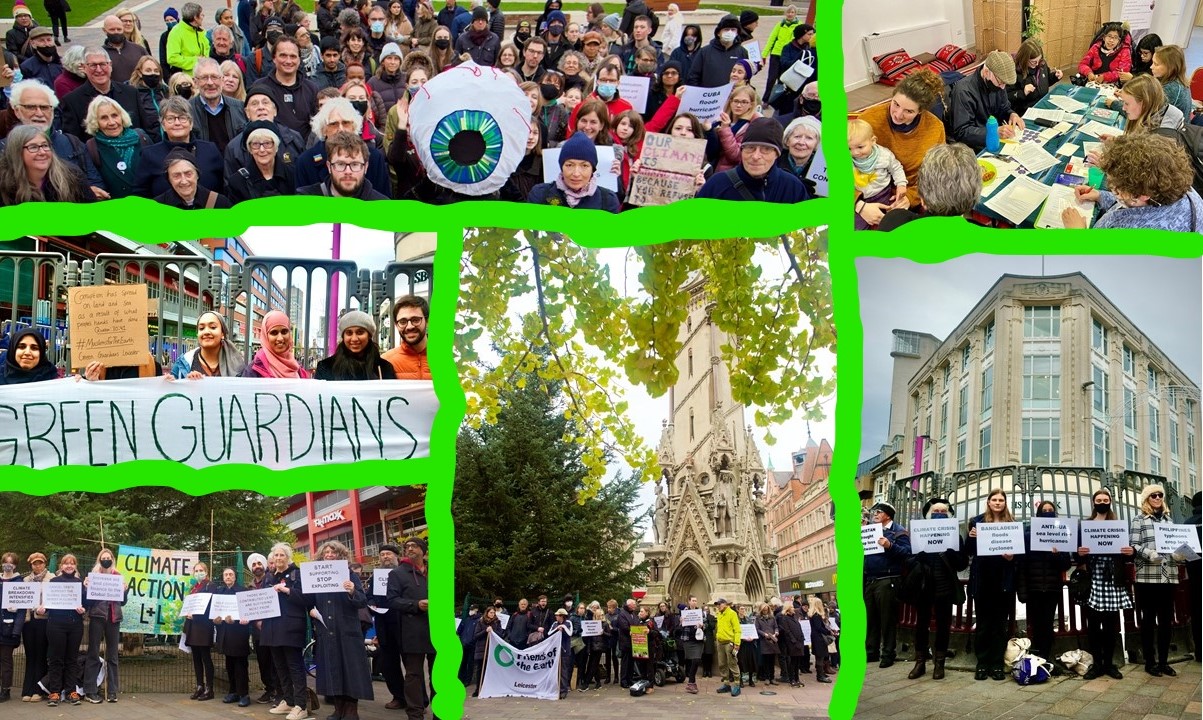 Stand Up for Climate Justice (see photos above) was jointly organised by Climate Action L+L, the Race Equality Centre, the Muslim Green Guardians, Leicester Friends of the Earth and the City Retreat and was an afternoon of action for climate justice on Sat 6/11/21 – the International day of action for climate justice. It was a combination of silent vigil, photo stunt, food sharing, clothes swap and food. Thankyou everyone who came and made it such a striking occasion. 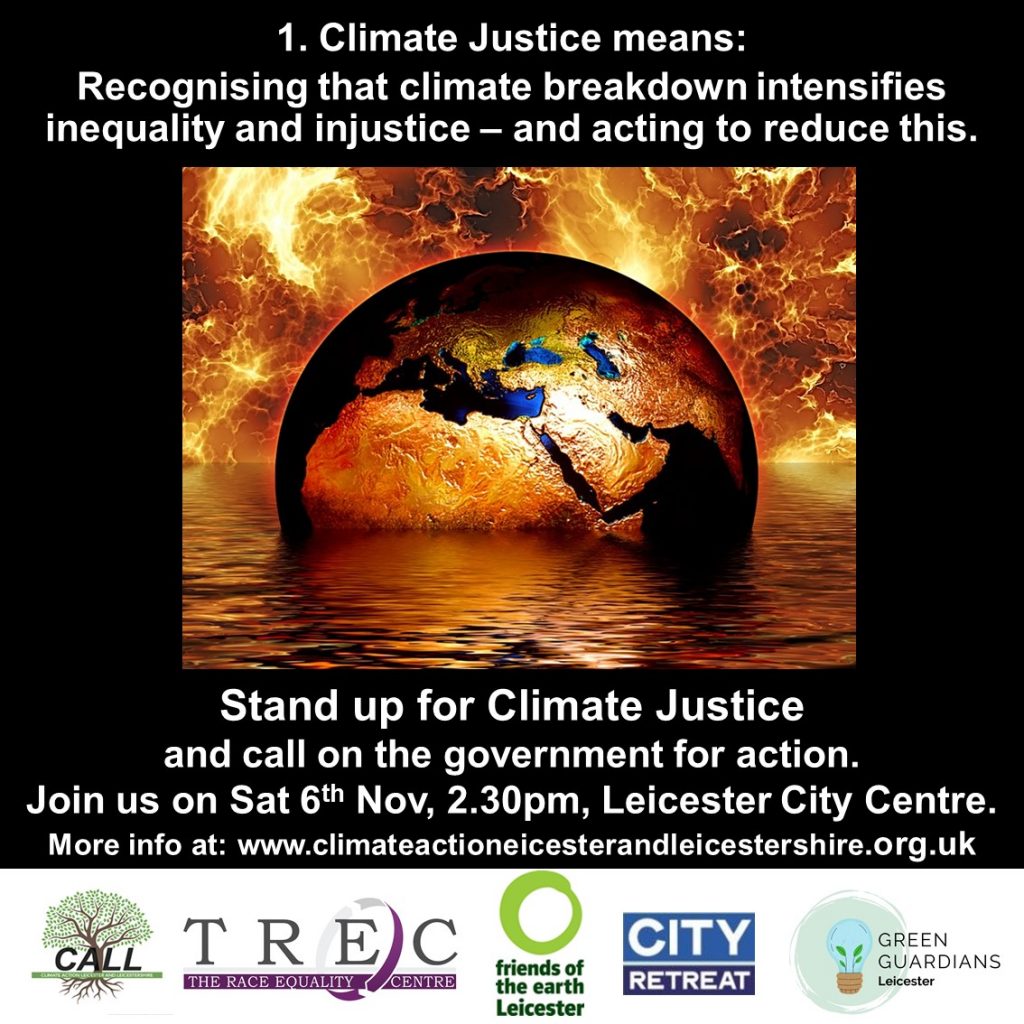 1. We may all be in the same storm, but we are definitely not all in the same boat when it comes to climate change. The climate crisis has primarily been caused by rich Northern countries, but it is the people in the Global South who are paying a tragic price first and most. Marginalised people across the world are already struggling with the impacts of the climate crisis: extreme droughts, wildfires, storms and floods. They are limited in their capacity to cope with these disasters because of a history of economic exploitation by the West. Exploitation which continues in the form of support for multinationals over people, historic debt forcing mining and deforestation, and corporate courts.This 6 minute video explains the racism behind climate change. 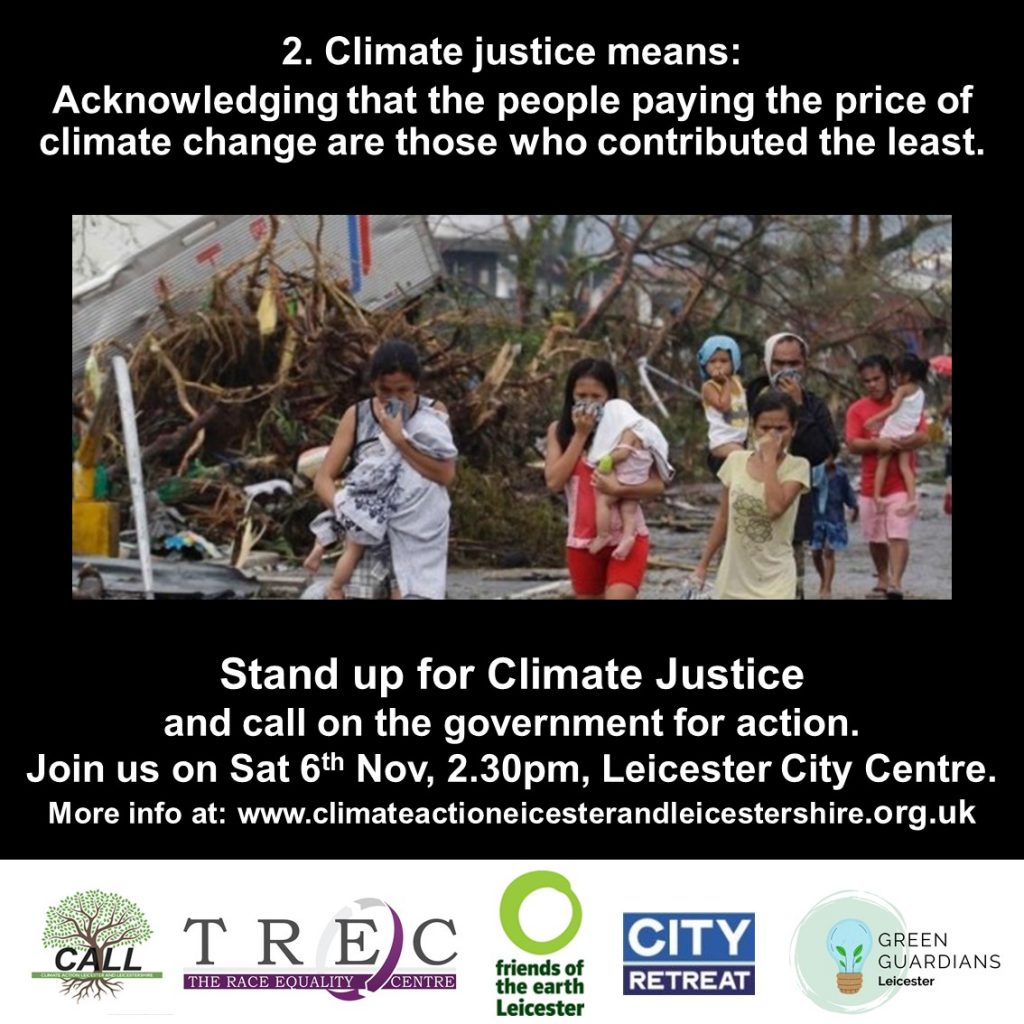 2. As one of the richest economies in the world, the UK has been a key carbon emitter leading to the climate crisis – and has profited in the process. It’s time we paid our fair share to support those countries suffering now.

Despite recent climate-related disasters in the global north, it is the people of the global South who are overwhelmingly suffering the effects of the climate crisis – even though the vast majority of historical carbon emissions have come from the global north. The UK, US and EU need to agree and actually pay $100 billion per year to help developing countries transition to a green future – and how to ensure countries pay should be a central part of the UN Climate Talks (COP26) going on in Glasgow in November. Please sign and share this petition calling for climate justice. 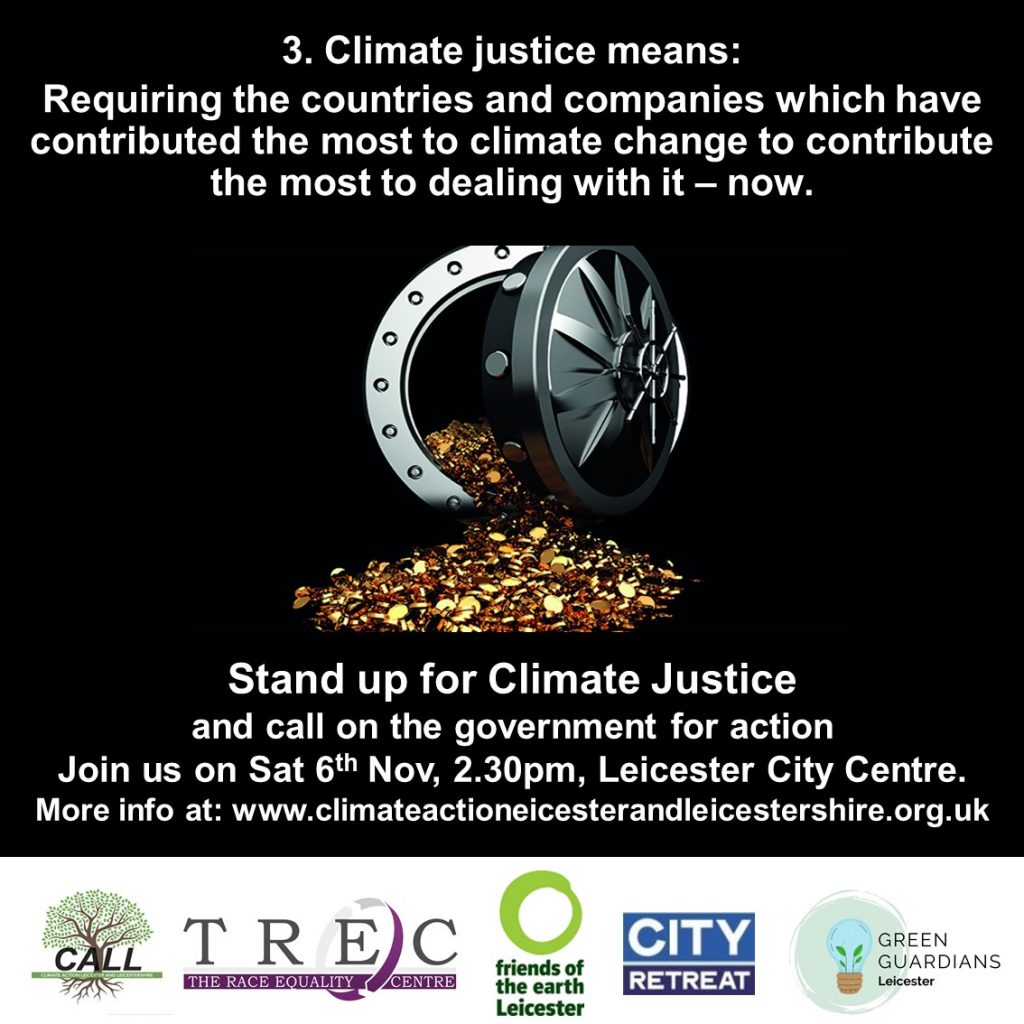 3. Tell the UK government to support an international loss and damage fund paid for by polluters.

To have any chance of limiting some of the worst impacts of climate change, the worlds governments need to stop allowing corporations to write the rules. They need to uproot the systems of exploitation and oppression that keep people in poverty, whilst exacerbating the climate crisis and lining the pockets of corporations. Most importantly they need to put in place and support a tax on fossil fuels used to pay people who are coping with the devastating impacts on a daily basis. Watch and share this hard hitting 5 minute video on what a loss and damage fund would mean. 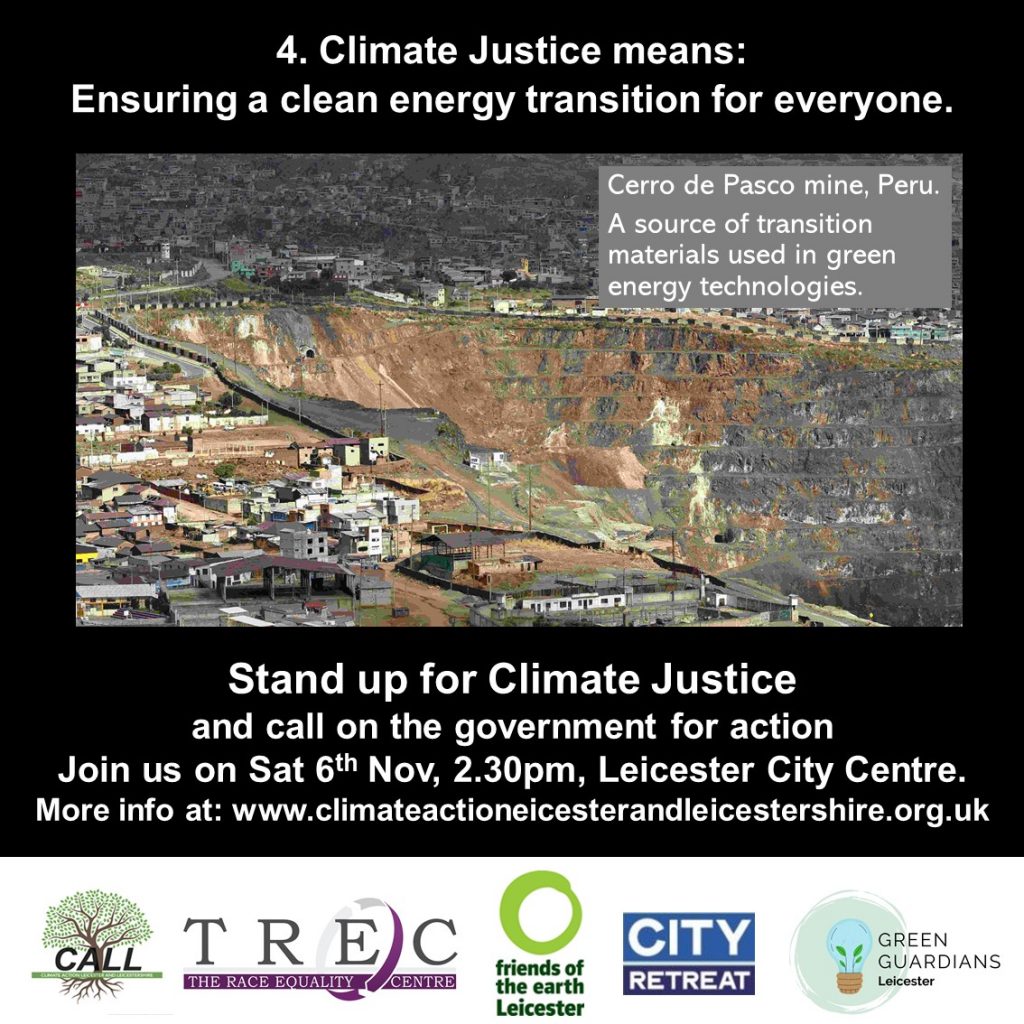 4. The UK must stop subsidising oil and gas companies and press for, support and fund agreements which will support all countries to develop clean renewable energy accessed by all.

The energy shift to renewables is currently rooted in exploitation, extraction and injustice. Intensifying the unsustainable mining of so-called transition metals and minerals, which are used to produce technologies like solar panels, wind turbines and electric vehicle batteries, is devastating communities from Chile to China and causing untold environmental destruction. Climate Justice means ensuring the shift to clean energy includes:

Please join us on the 6th and Stand Up for Climate Justice.